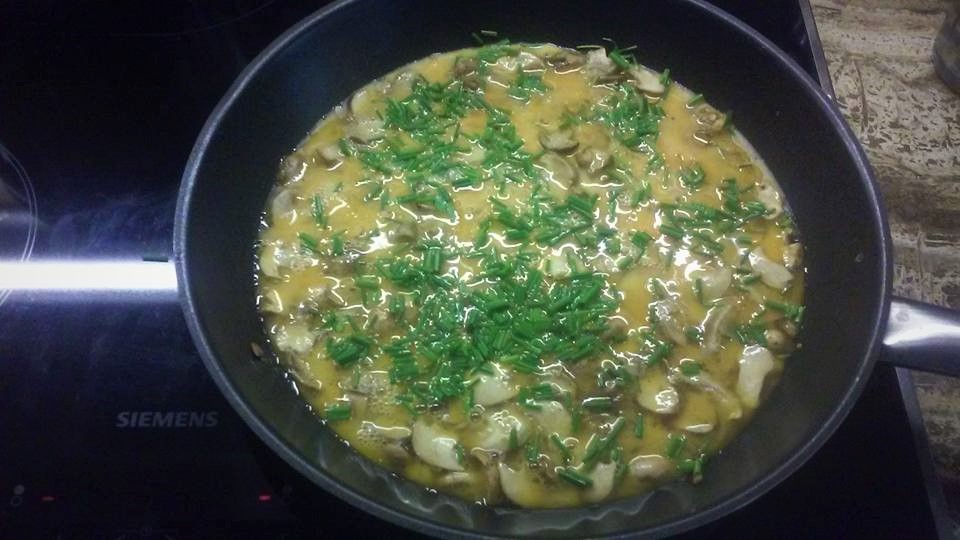 It is loaded with vitamins and minerals! Great alternative to the traditional BLT if your house runs a plenty with eggs, but bacon isn't always around or as easy to hard boil, ha! A simple play on basic Rice A Roni. I make this so many different ways. With Chicken, Sausage, with vegetables or just plain. It's the base of the rice that's the kicker. Simple, Easy, Peasy. Give it a try. Dank Vapes, a brand of black-market THC vaporizer cartridges whose products have been linked to the outbreak of vaping-related lung diseases, has an official verified account on Instagram — despite the fact that it may not even be a real company.

The brand claims "nothing is for sale" in its Instagram bio. However, users can buy products with flavo […]. Ryan Murphy has a very particular set of skills. Every product here is independently selected by Mashable journalists. If you buy something featured, we may earn an affiliate commission which helps support our work. Samsung's Galaxy Fold is one of the most ambitious devices I've ever used.

Think about it: a phone that opens up into a tablet. Or if you prefer: a tablet that folds up into a phone. Th […]. That's all well and good, but what does that actually mean? Read more The first transgender professional boxer, Patricio Manuel, is now also representing Everlast in its "Be First" campaign. The premier boxing brand spotlights inclusivity in sports with its campaign, championing other underdogs such as Jinji Martinez, an amputee boxer. Maria Menounos has partnered with Purina to make shelters for domestic abuse survivors pet-friendly.

I didn't realize how anxious I was about seeing Joker in theaters until Warner Bros. It […]. If you've been around little kids for even a second, you know their greatest threat is often themselves. Madeline Valdivia was reminded of that yesterday, when she left her 1-year-old, Samuel, on his own for under a minute just to use the bathroom, and came back to this near catastrophe. The products, which the company unveiled earlier this week, are a part of Amazon's hopes to make utilizing the digital assistant even easier.

The freezing, metal pole Post was not sent - check your email addresses! It's caveman cooking but with finesse — large portions of meat to chow down on are accompanied by creative sides and starters, duck fat roast potatoes and massive, fluffy Yorkshires. It's a reason to pay the City a visit of the weekend. This place was the first London pub to be awarded Michelin Pub of the Year, and you can see why.

The dining room upstairs serves well-cooked, and full-flavoured meat, buoyed by crispy roasties, lovely soft Yorkshire puddings and some hearty gravy that tastes like it's had some love given to it. A true local, but equally well worth travelling for. A huge Yorkshire pudding sits atop medium cooked beef, roast potatoes, parsnips, kale, and carrots, and a small personal jug of gravy is placed to the side. The nut roast looks and proves to be equally delicious and filling. Slow-cooking enhances flavours and textures, while crisp duck fat roast potatoes are a guaranteed crowd-pleaser.

Plus, if you look up through the windows, you can see Londonist Towers. Choose from two or three courses at this smart Shoreditch venue. Despite leather seating and a shiny interior, the atmosphere is generally pretty chilled. The regularly changing roast menu at time of writing includes a half roast grouse, chicken liver croute, parsnip crisps and bread sauce. Prepare to spend a few hours relaxing with a roast in this East London chic local. Whether you're a rump or chicken fiend, you'll find yourself in good hands with classic sides of carrots and a giant Yorkshire pudding, although be prepared to pay extra for parsnips.

Don't miss out on the their sweet sundaes afterwards. Even just a scoop of their miso ice cream or chocolate sorbet will steer you right. Which came first: the name of the pub or the name of the village? Honestly, with food this good, you won't care. Many a grey Sunday lunchtime we've found ourselves loitering outside those beautiful wooden doors before they open, keen to bag a seat and order our food roasts are served until they run out.

It's a proper cosy pub, with squishy leather armchairs, mismatched wooden tables, and board games to play until your food arrives.


And by gosh, you'll see it coming: a gargantuan Yorkshire pud piled hazardously atop a mountain of meat a basic choice of chicken, pork or beef , potatoes, veg and gravy. We'd spend every winter afternoon here if we could. The Sunday menu here features a nice line in sharing meats for two, be it roast leg of lamb or a whole chicken. Single options are also plentiful, and though the meat is excellent we found perfectly cooked veggies and suitably splendid roasties to be among the points that make this gastropub stand out from the crowd. This gastropub arrived on the scene long before they were everywhere, and operated a no reservations policy way before it was cool to do so.

Thankfully they now let you book for your Sunday lunch — though there's no such luck at other times of the week.

The roasts are the best thing anyway: whole joints come to the table for carving, oft slow-cooked meat is juicy and tender, seasonal veg is properly cooked, and the roast potatoes are epically crispy. This relaxed gastropub twinned with the Anchor and Hope above likes to be seasonal and it likes to be meaty. Charcuterie and pickles galore are made on-site, while a large amount of the cooking is done on a spit roast or charcoal grill. Spit-roast chicken drips with its own flavourful juices, while a slow-cooked lamb shoulder is melt-in-the-mouth soft.

This gastro boozer is best known for its toasties — particularly the foie gras one.

But don't overlook the Sunday roasts. Long and slow are the buzzwords for the cooking here; expect meat to fall off the bone and almost dissolve in the mouth. Look out for regular game options, which are especially good, and get your chops round sides such as the indulgent potato gratin. Chicken, beef, lamb and pork are available every week at this local craft beer haunt, but they're more special than they might sound.

On our roast beef there was no such thing as going easy on the fat — rather, the meat was cooked slowly until it melted to become part of the dish, a behemoth of flavour in a pool of gravy.

Starters and sides tow a happy line between foodie fanciness and gastropub gutsiness, while there are countless beers and board games to while away your post-roast afternoon. This friendly local pub close to Lambeth North tube balances its dining and drinking credentials well. It also has a strong eco-ethos, which means not only is the meat you're getting for your roast excellently sourced, but some of the veg is locally grown or foraged, too. Not a single ingredient is taken for granted — and this shows in the final result.

Vegetarian options are also well above the norm.


Be warned that this is very much a restaurant rather than a pub or gastropub, and has prices to match. But it's all-too deserving of being listed among London's best roasts. From careful sourcing to even more careful saucing, every detail of this Borough Market institution's namesake dish has been painstakingly thought through. A roast beef dinner is available all week, but if you're a roast dinner fan, the Sunday menu is something to behold. The atmosphere is a tad formal for our liking, though its setting above the market's bustle allows for some fine people-watching of a Sunday afternoon, as shoppers and traders go about their business — oh, and you'll be dining in the former Royal Opera House.

Read our reviews of the brunch menu and veggie menu too. There's something serene about this plush, off-the-beaten-track pub — but its roasts are not something to keep quiet about. Highlights include moist-fleshed chicken, juicy beef or crackly pork, along with buttered veg, crisp roasties and punchy bloody marys. The burgers are worth a try, too. It's the poshest pub on this list, and has gained a Michelin star to prove it — but this pub headed up by Brett Graham, who also runs The Ledbury , hasn't lost its charm. The kitchen has a real fondness for game, so expect to see a fair bit of deer and the like popping up, but the ultimate — to our mind — might be a roast rump of beef with bone marrow.

The menu's always changing, so check ahead. When this place was open as the Truscott Arms, the roasts were downright epic. We have to be honest, we haven't yet tried a roast here since it became The Hero of Maida, but the new team were keen to keep serving roasts to draw the crowds in, and we've heard good things. Sunday menus change weekly — current seasonal offerings include roast grouse, armagnac gravy, foie gras toast and bread sauce. Originally a Victorian gin palace, the high-ceilinged PV — as the locals know it — isn't short of grandeur.

On Sundays more than ever, this translates onto the plates. Impeccably sourced and carefully cooked meats — such as rib of beef, pork belly and spiced chicken — form the cornerstone of the menu, while charcuterie, steak tartare, dressed crab and homemade scotch eggs make excellent supporting acts. There are also no fewer than four different bloody marys on offer — including a dirty one, made with olive brine — and the wine list is known to be exemplary. 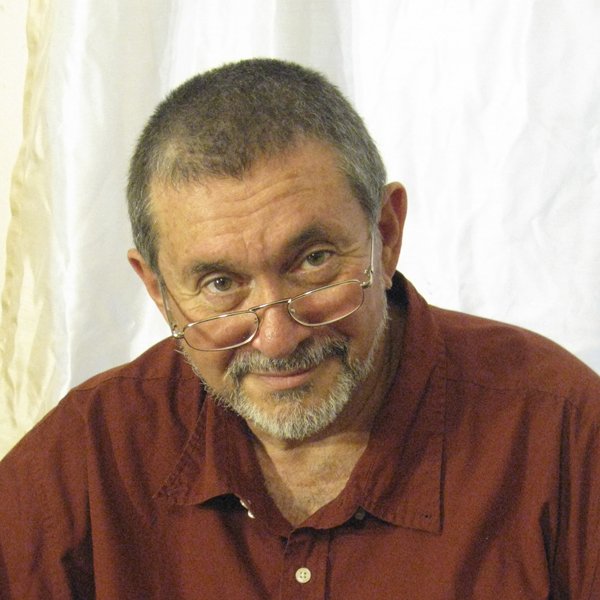 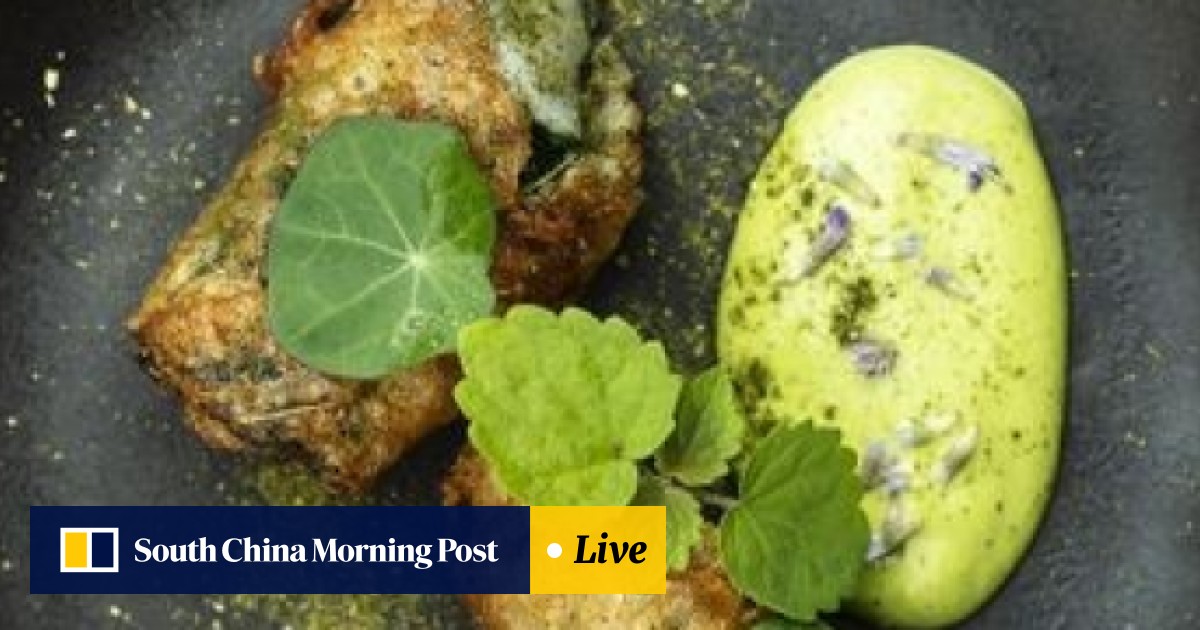 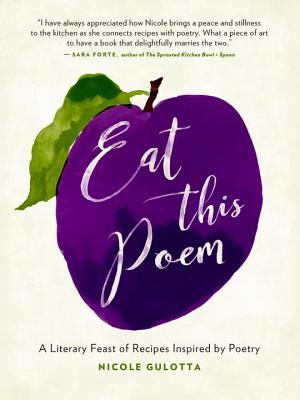